Chained Up On The Sybian 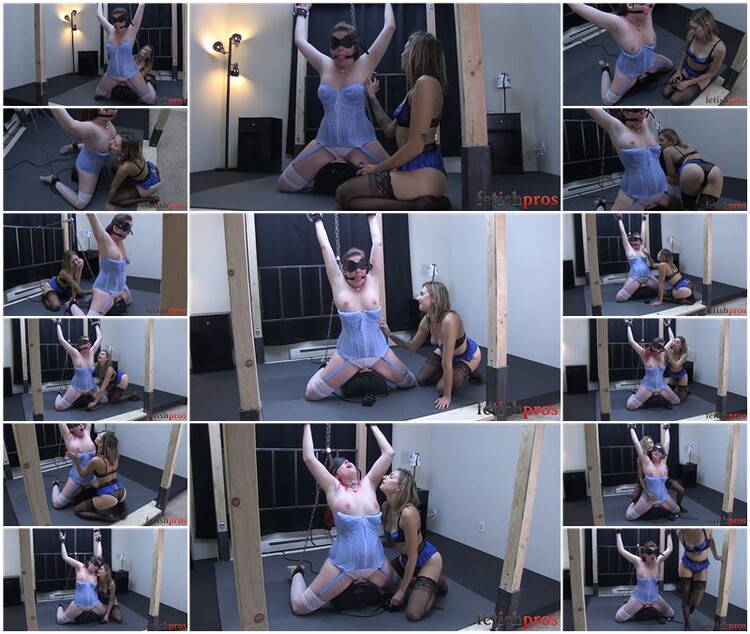 Cute little Belle came into our studio for a visit...and Missy Minks thought it appropriate to tie her hands above her head, chain her ankles too, then have her sit on top of a sybian. Of course! Missy takes it from there, with heavy vibratory action via the sybian! Poor Belle...we wonder is she'll visit us again any time soon...!
Size - 260.28 MB
Duration - 00:11:38
Format - mp4
Resolution - 1280x720
Keys - Ball Gagged, Blindfold, Bondage, Chained, 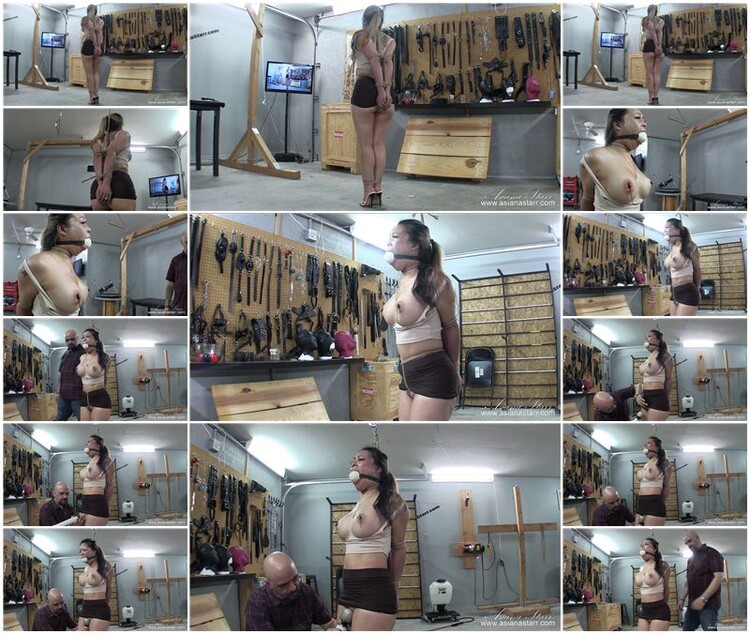 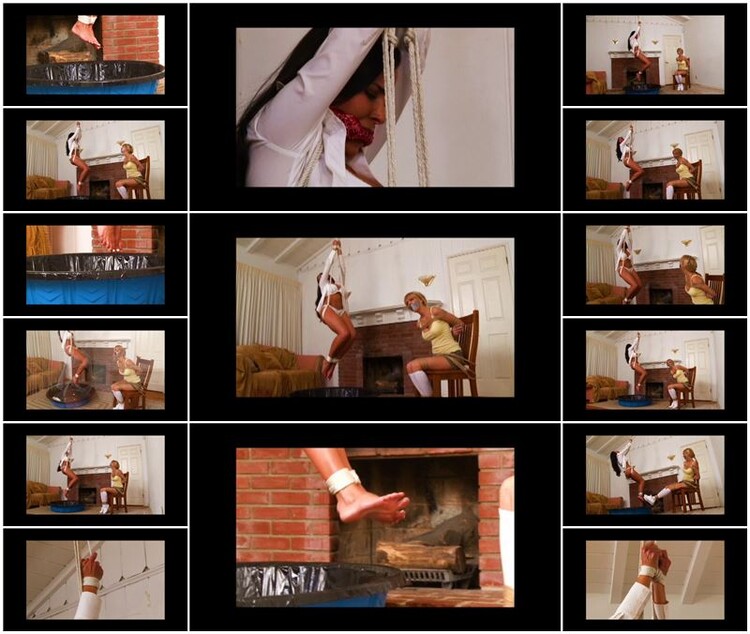 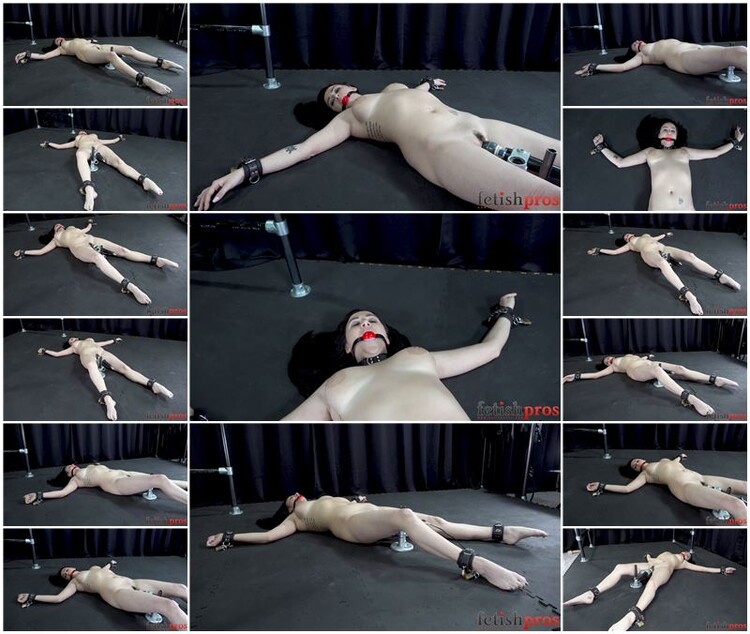 Spread eagle on her back, naked Lola Anderson is cuffed by her wrists and ankles to the floor, her half-shaved pussy vulnerable to the Hitachi wand tethered to a little stand between her thighs. Our camera moves around Lola as she lays quietly on the floor, tugging a little at her bonds but clearly willing to see what helpless stimulation will be like. The Hitachi flicks on and she starts to get a little warm and restless, closing her eyes now and then, biting into the red ball gag. We stand over her, looking right down as the vibe keeps going, then ramping up its speed which gets a little nervous laugh out of Lola. She's been low-key thus far, but that vibrator will show her who's boss. She rotates her pelvis a little against the Hitachi head. Then arches her back. It's only a matter of time...we can see Lola begin to lose her cool; then her squeals come!
Size - 290.15 MB
Duration - 00:09:58
Format - mp4
Resolution - 1280x720
Keys - Ball Gagged, Bondage, 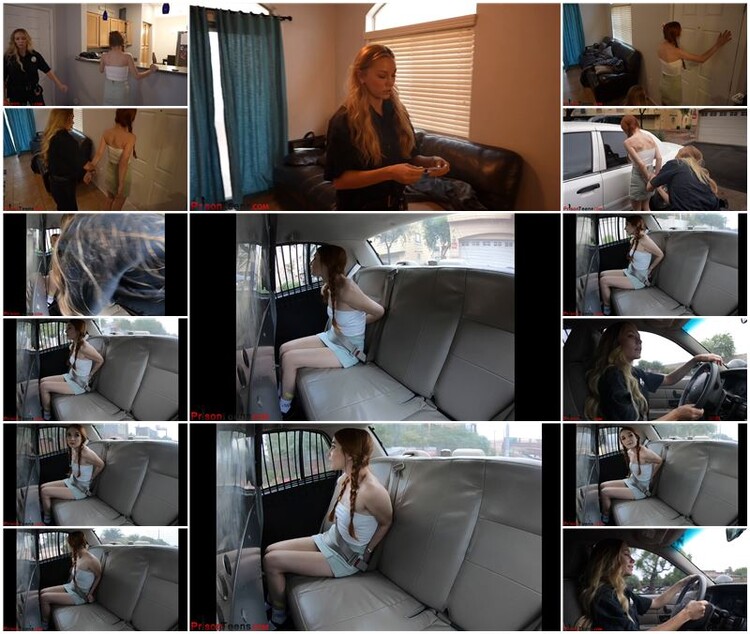 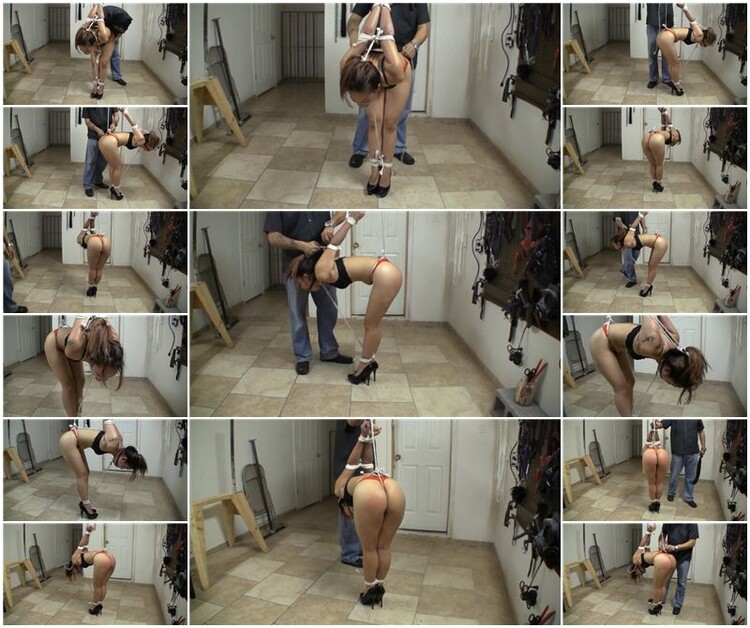 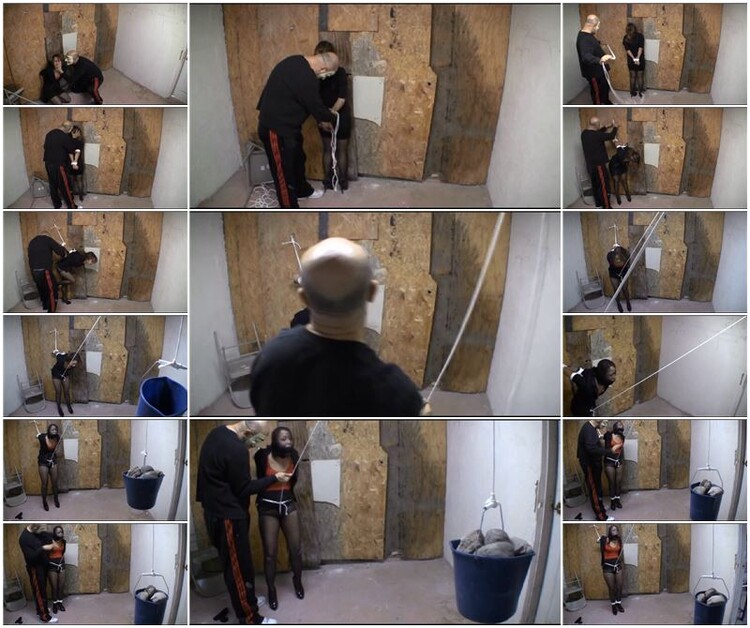 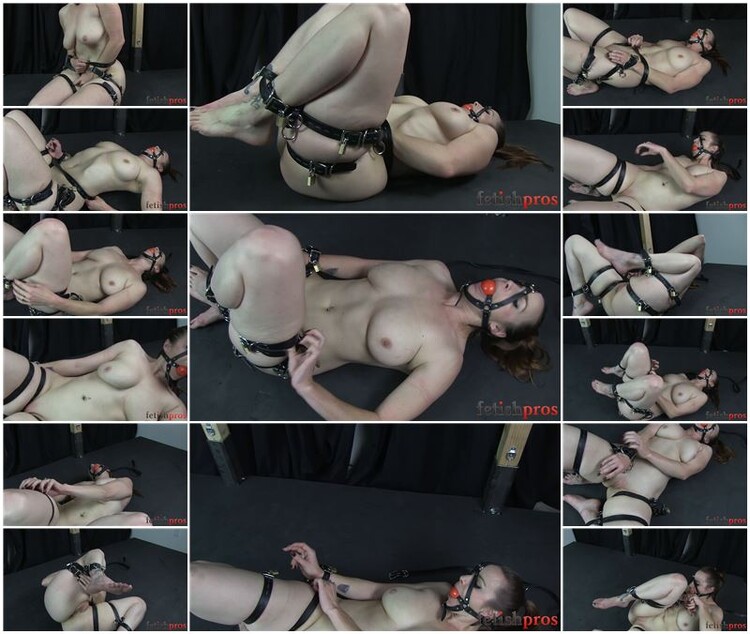 Bella Rosi is all strapped up with no where to go! She has a plan though and she gets right to work, trying to maneuver her way out of this predicament. Wow, she's good! She manages to get one hand free even though she's padlocked in her cuffs. How does she do it!? She fights to get her other hand loose or any of the other straps off. She starts to sigh and kick with frustration.Will she get herself free?
Size - 158.63 MB
Duration - 00:07:14
Format - mp4
Resolution - 1280x720
Keys - Ball Gagged, Belt Bondage, Bondage, Escape Challenge,

Gagged and Tied While He Handles His Business DISCOUNTED 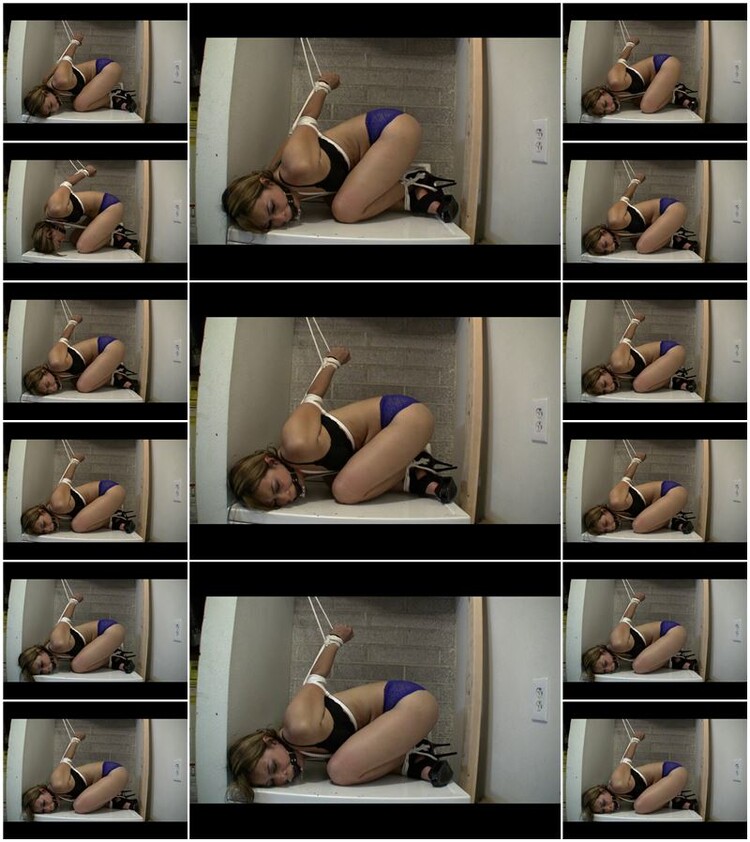 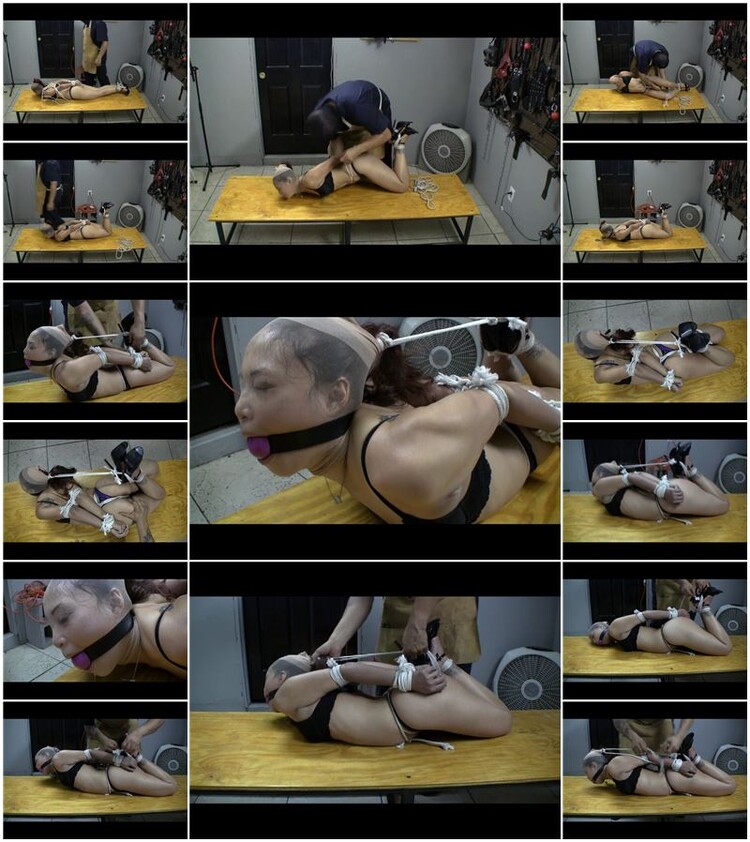 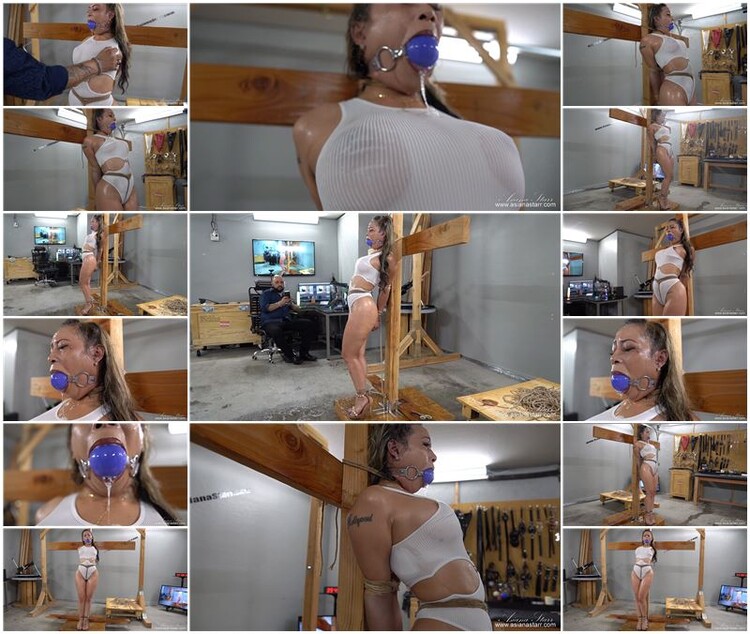 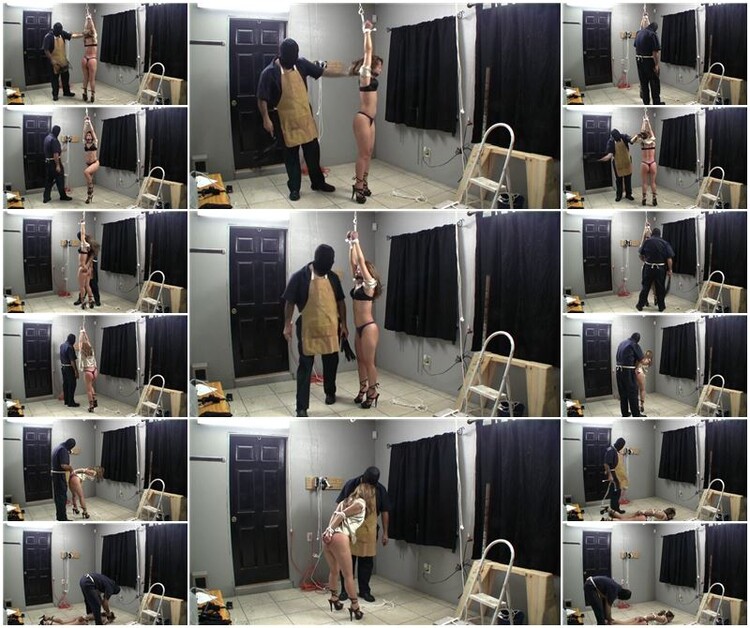 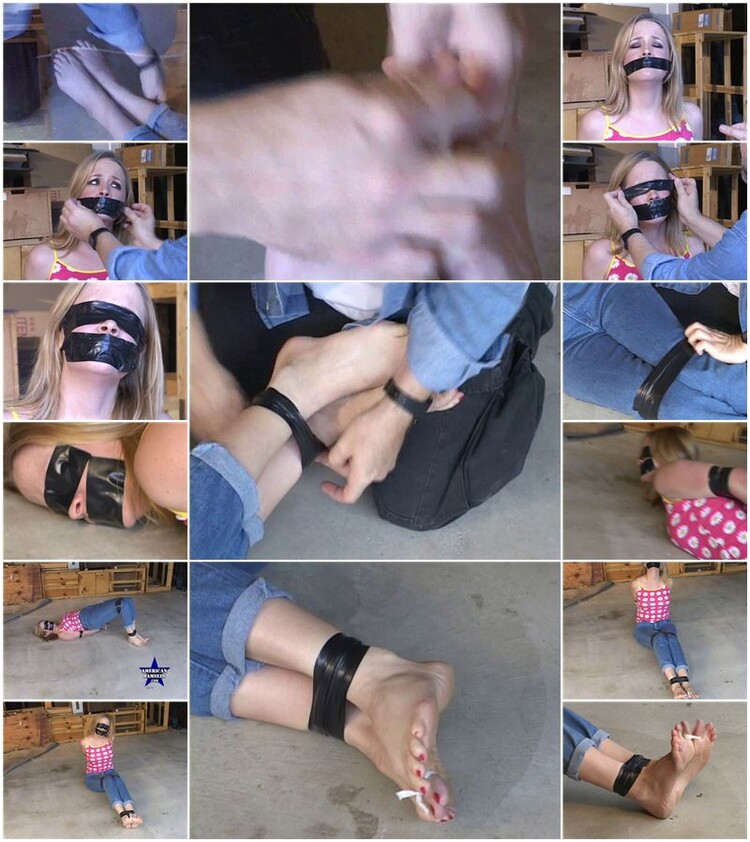 The Damsel Of The Year - The Complete Video 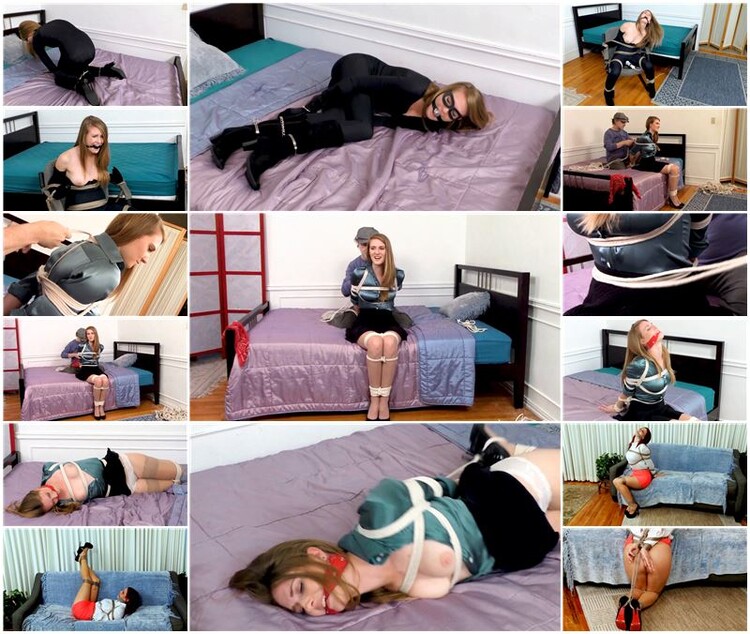 This sensational feature is now bargain priced! Sweet, sexy Ashley Lane was the top-selling model at American Damsels for 2016, and so she's rightfully earned the "Damsel Of The Year" award. To celebrate her achievement, we invited Ms. Lane to the studio for an interview and some bondage. Our kinky lady-next-door is refreshingly open and unpretentious as she talks about her sincere love of bondage, her beginnings in "the scene" and many of her favorite things. Throughout the casual conversation, the leggy beauty is being thoroughly tied up by her interviewer Jon Woods, and some appropriate, brief cutaway shots from her previous appearances for American Damsels accent their dialogue.
At one point Ashley mentions her fondness for cat-suits. So to make her happy we present a scenario of our award-winning damsel as an apprehended cat-burglar. Dressed up in a form-fitting black cat-suit, boots and a mask, Ashley is locked in handcuffs and leg-irons on the bed and demanding that her tormentor call the police. But her intended victim has some plans of his own before he contacts the authorities, and he silences the naughty burglar with a metal ballgag. The imprisoned beauty struggles against her metal restraints, but she knows she can't escape him. Then Ashley is ballgagged and roped to a chair with her legs held wide apart, and her tormentor removes her mask (shown onscreen). He activates the powerful vibrator positioned between Ms. Lane's thighs and before long the damsel cat-burglar surrenders to a helpless orgasm.
Ashley's interview continues, and the gorgeous blonde gets tied up with more and more rope. Once she's completely tied, the interview is over and Ashley is cleavegagged with a bandana. Dressed up in a silky blouse, short skirt, stockings and heels, Ashley struggles in a classic tie. Then her blouse is opened and her perfect breasts are revealed as she continues her escape attempts. Then our "Damsel Of The Year" is hogtied (her all-time favorite position!) and she revels in her delicious, trussed-up struggles.
Next busty redhead Sarah Brooke stars in the second episode of "True Bondage Tales." In "A Case of Mistaken Imprisonment," Sarah is nabbed by a mysterious masked man who claims she's having an affair with his step-brother-in-law. The bandana-gagged babe tries to convince him that he's got the wrong woman, but he's not listening to her. Ms. Brooke is dressed in a white blouse, short tight skirt, pantyhose and heels, and she's bound in a classic position. Left alone, she energetically squirms and struggles, trying in vain to escape her dilemma. But she's caught, and her tormentor exposes Sarah's considerable breasts and hogties her on the sofa. She struggles to the floor in an all-out effort to free herself, but the villain isn't going to let her get away so easily.
Sarah is ballgagged and tied to a chair with her hands roped overhead. Her tormentor tells his sexy hostage he's going to make a humiliating video of her to show his step-brother-in-law, and he turns on the Hitachi secured between her legs. The busty damsel tries her best to resist the one-note siren song of the device, but soon she succumbs to the ineluctable hum of the vibrator. Sarah's tormentor then calls his step-brother-in-law only to learn that the his stunning damsel was not lying and he grabbed the wrong woman after all. What will he do with Sarah now?
Size - 1876.94 MB
Duration - 00:46:24
Format - mp4
Resolution - 1920x1080
Keys - bondage, did, gagged women, interviews, struggling, made to cum, american damsels, bondage by jon woods, bondage fantasy, high heel bondage, miniskirt bondage, hogtie, chair tie, classic bondage, cleavegag, ballgag, big tits bondage, bondage orgasms, hands over head bondage, catsuit bondage, handcuffs, 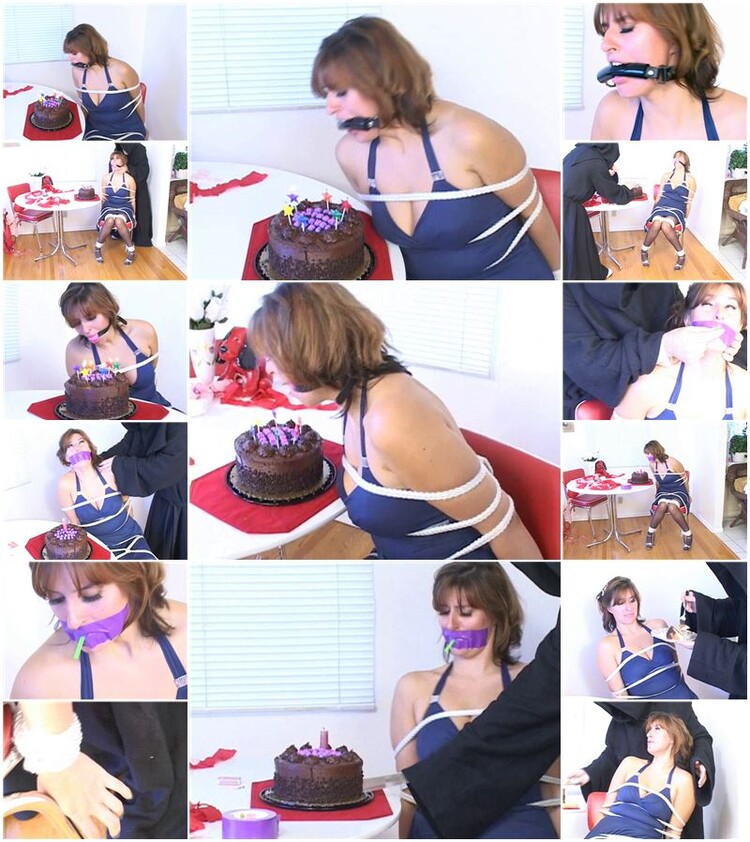 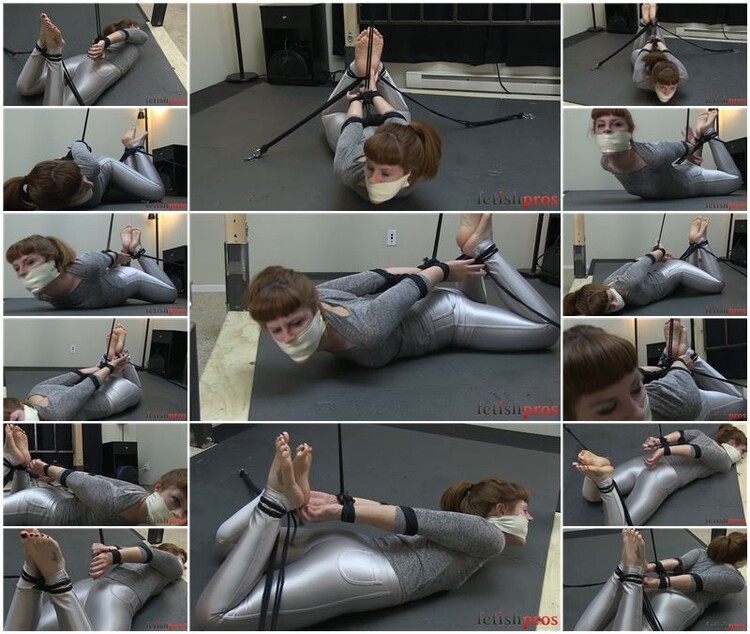 Barbary Rose is smoking hot, with a can do attitude that is exciting, to say the least. In this clip we've got Barbary on her stomach, ankles tied together and restricted from behind, as well as arms tied into a strapado, with wrists tied off above. We decided to tease her just a bit, with the knot for her ankles just out of reach of her hands. Oh she can reach it, if she pushes herself past her physical limits! And she almost does, reaching the knot after several minutes of trying. When she finally does reach the knot, there' s not enough strength left to go much further. Poor Barbary...not this time!
Size - 142.99 MB
Duration - 00:06:29
Format - mp4
Resolution - 1280x720
Keys - Rope Bondage, 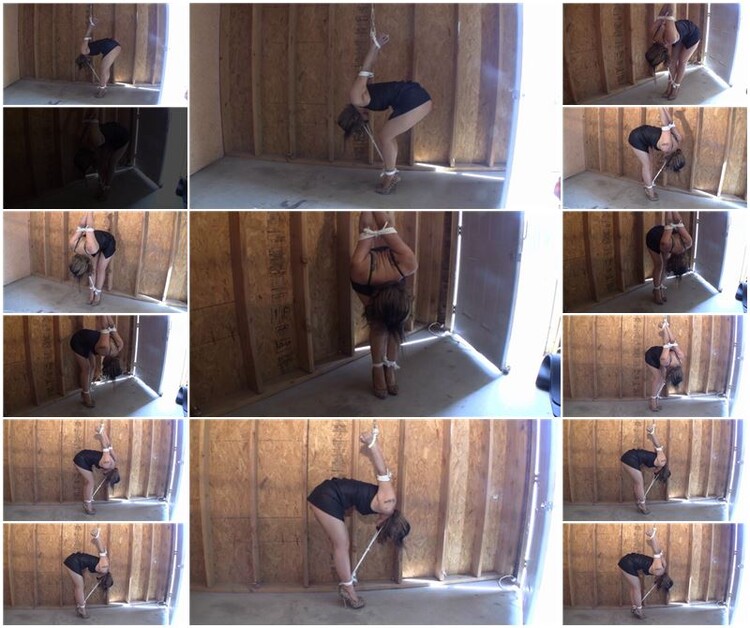 The strappado is one of the toughest positions in bondage. Watch me endure this position for as long as I can until my sexy ass, legs, and thighs are WORKED! With my mouth packed and my ankles tied, I struggle to stand, dressed in my black satin dress, and gold-tipped, leopard print heels. 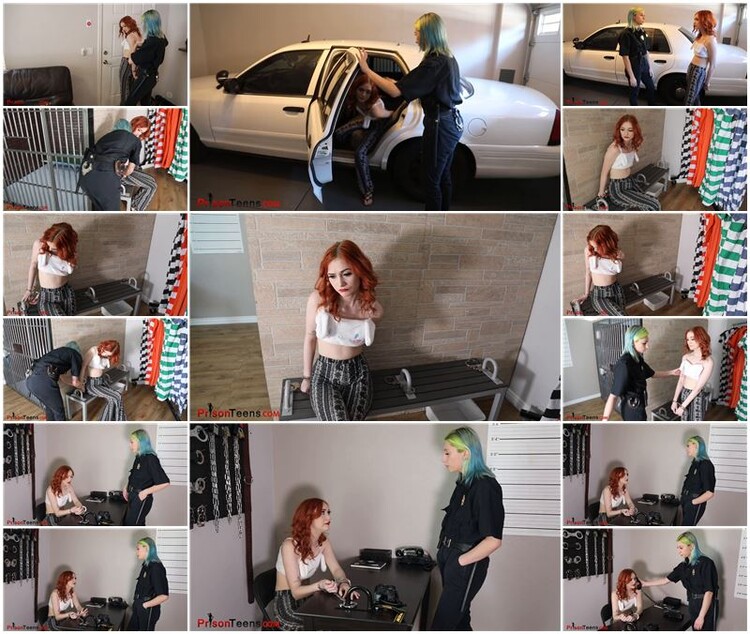 Officer Kaitlynn rushes to her sister when she finds out she has a warrant out for murder. Scarlett is so confused and doesn't understand what's happening, but she knows she needs her sister's help. Come see this exciting part 1 now!
Size - 138.4 MB
Duration - 00:11:50
Format - mp4
Resolution - 1920x1080
Keys - Prison, Arrested, Cuffs, Prisonteens, Prison Teens, 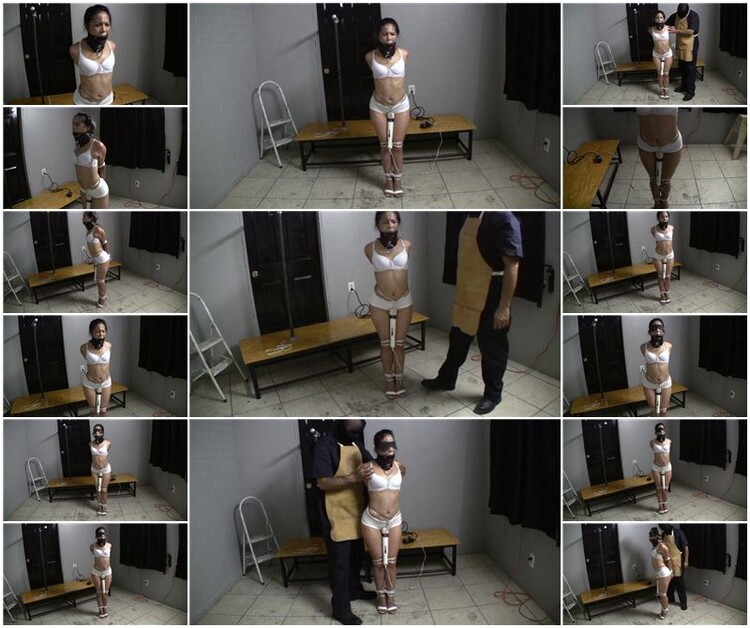 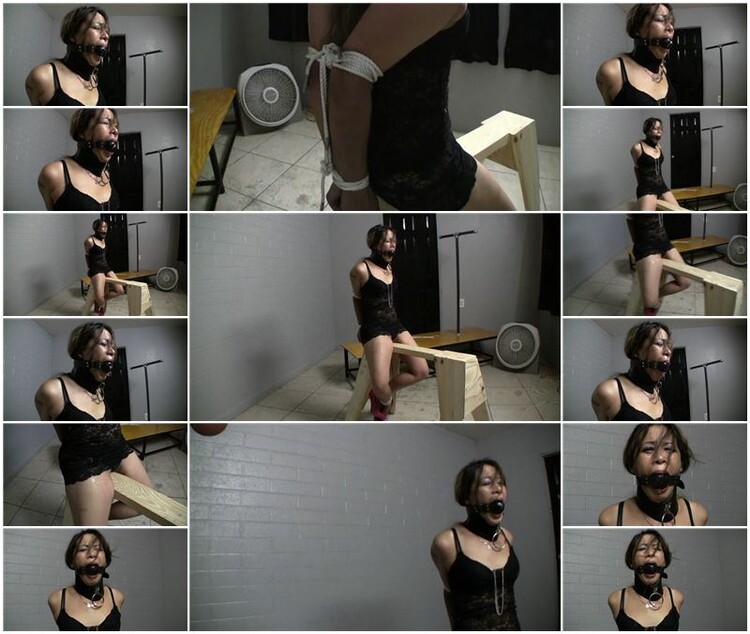 Keep2share
You must log in or register to reply here.

Totals may include hidden visitors. 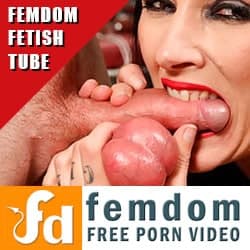 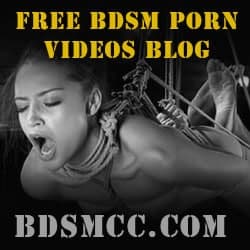